If there isn’t – as yet – a genre of music called ‘Gospel Disco’, Gospel Bell may have just invented it! We were delighted to facilitate the singing and tremendous all-age dancing at a fund-raising event held at St Leonard’s, Banbury on Saturday evening 20 January. It’s the first time that we have played at an event in aid of the construction of a new toilet and we’re delighted that more than £200 was raised during the course of the evening. For the band, it was a really encouraging night as a ‘party’ atmosphere prevailed. After an opening set of 30 minutes and a pause for a delicious buffet meal, the event moved-up a gear as almost everyone took a turn on the dance floor  – including a few older people with walking sticks and other mobility aids. All the photos we took of the dancing are blurred because there was so much movement! 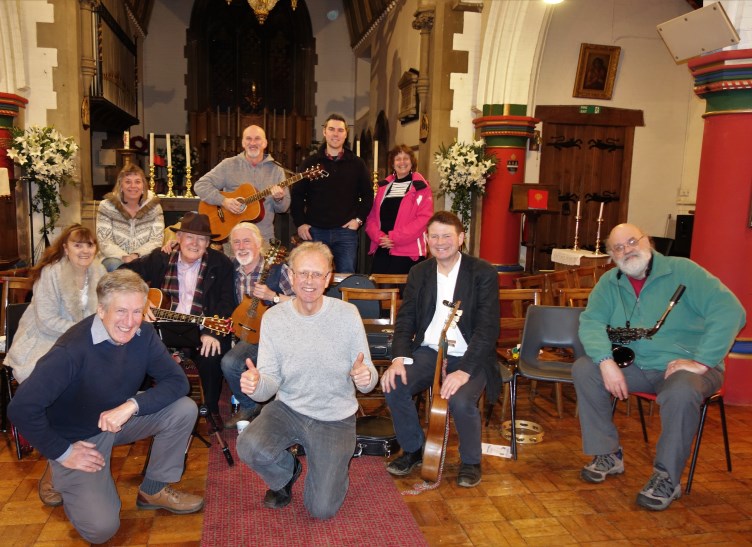 It was encouraging to receive the following feedback comment: ‘Everyone at St Leonard’s was buzzing on Sunday morning, with those who went, telling those who didn’t what a great time they’d missed and saying “Can Gospel Bell come again please?”‘ Our thanks to Sue Ayliff, event organizer, Sue Burchell, vicar of St Leonard’s and to all who helped to make the event so enjoyable. We’re already looking forward to next time! 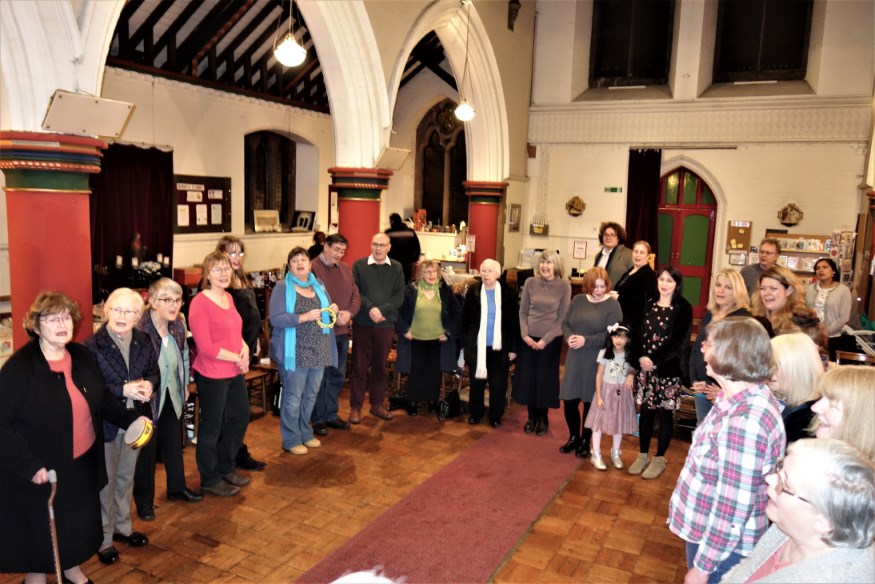